What Happens When You Drink Alcohol Everyday? 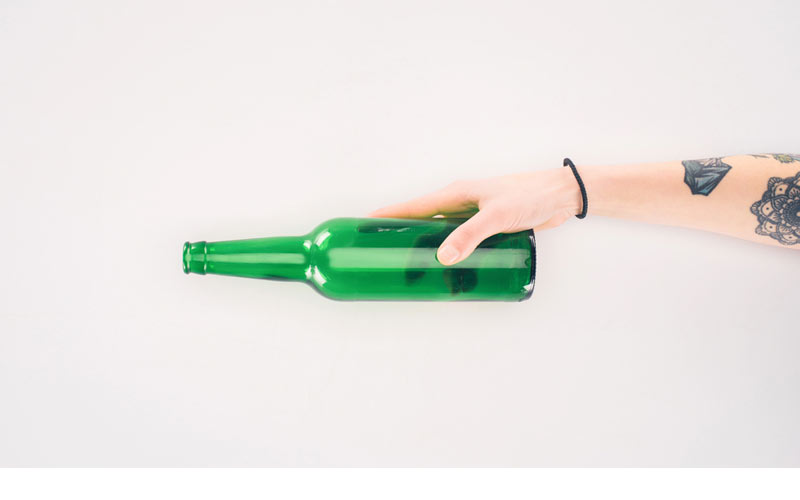 In today’s post, we aren’t just talking about alcoholism and what happens to alcoholics when they drink alcohol everyday. Drinking everyday, or nearly everyday, can have a lot of negative side-effects on people, even those who seemingly have everything under control.

Sometimes, a fun habit can get out of hand, and sometimes it happens without you really even realizing it. That has happened to everybody, it’s kind of just how our brains seem to work. One night you’re buying a little extra more alcohol than usual, then fast forward a few months and out of nowhere you realize that you’ve been on a bender for weeks, months, and eventually maybe even years. Maybe some nights are a little better than others, or maybe you’re still at a point where you can skip a night of drinking every now and then, but things can still spiral out of control very quickly, sometimes it feels like it comes out of nowhere.

Here are some things that happen to your body when you drink alcohol everyday or almost everyday. Some of these things will happen regardless of how often you’re drinking. It’s also worth mentioning that they have been various studies that have suggested that certain ingredients found in certain types of alcohol can also be beneficial health wise, but these benefits are quickly and drastically outweighed by a lot of the negatives that come from drinking too much, so trying to justify daily alcohol consumption because you saw a headline a few years ago that said a glass of wine everyday is good for you, is not the way to go.

Here’s What Happens When You Drink Alcohol Daily

Most drinks with alcohol have either a lot of sugar, a lot of calories, or both. Now, some are a lot less caloric than other types of drinks, but once you start pounding back a few a day, it adds up no matter which way you slice it. Speaking of slices, if those few craft beers inspire you to order a few slices of pizza, you’re probably going to be on the hook for about 1500-2000 extra calories at the end of the day, which is what an average person can eat for a whole day. This is an addition to whatever else you’ve eaten or drank throughout the day.

2. Less Gains at the Gym

If you’re doing strength training at the gym or at home, drinking alcohol can reduce your body’s ability to build muscle. Some experts recommend spacing out your drinks so that you aren’t drinking within 4 hours of your workout. This goes for people who are bodybuilding, strength training, and trying to put on muscles, strength, and to get bigger. Drinking can seriously hamper your fitness progress if you aren’t careful.

Drinking everyday is very hard on the liver, it’s one of the most common health issues that alcoholics and frequent-drinkers will face. Fatty liver is very, very common in people who have several drinks per day, and it can lead to even more serious liver issues like liver fibrosis and cirrhosis.

It’s a good idea to get yourself checked out at the Doctor if you’re a frequent drinking, not just for liver problems but for other health concerns, too, such as the one we’re about to cover…

Heart issues from drinking are also more common among people who drink often. Frequent alcohol consumption can lead to heart attacks. By increasing the lipids in the blood, alcohol can lead to hardened arteries and arterial plaque.

Alcohol can hurt your body’s immune system, making it more likely for you to fall ill, and for that illness to be more severe than it might have otherwise been. Having a strong immune system helps you to stay healthier, and when you’re drinking and hurting your heart, liver, and other parts of your body, your immune system will be at a reduced capacity to fight off other illnesses.

Drinking can mess with your body’s natural sleep patterns, which can leave you feeling tired and groggy when you wake up, and hungover, which leads people to continue the binge the next day, which leads to worse sleep, and the pattern just keeps recycling itself.

Even if you pass out and sleep for seven or eight hours, there’s a difference in the quality of sleep that you’re getting, and you may not feel as refreshed after drinking. For people who need to drink to fall asleep, this can be such a vicious cycle to try to break through without professional help, and a close examination of what is causing them to have trouble sleeping in the first place. Addressing the sleep issues head-on may lead to the discovery of other things that need to be worked on like repressed trauma, or anxieties, or other mental health concerns.

Drinking to fall asleep isn’t actually solving any of the problems that are causing the sleep troubles in the first place, so it’s kind of like putting a bandage on a wound that needs surgery. It might stop the bleeding for a moment, but it’s not helping you heal.

I Drink Every Night, Am I An Alcoholic?

If you drink every night, there’s a strong possibility that you are an alcohol or that you’re at risk of being an alcohol, or at the very least that you may have an unhealthy relationship with alcohol, substances, or you’re trying to numb yourself or to get away from certain feelings.

Getting early treatment, before things get more out of hand, is a great way to increase your chances of success is overcoming problematic drinking habits.

So, if you’re here, and you’re kind of on the fence wondering if you’re actually an alcoholic or not, please don’t dismiss this inkling that you’re feeling. Take it seriously, and please consider making changes now, before it gets more and more difficult.

Maybe your life is all in order, you’re successful, you’re happy, and you can’t feel any negative impact of your daily drinking. It’s worth pointing out that there are degrees to alcoholism, it can range from mild to very, very severe. Just because you may be on the mild side, that doesn’t mean you aren’t one tragedy or rough patch away from digging into a deeper and more difficult to escape hole.

In a recent blog post, we talked about the question “Is it bad to drink everyday?” and to summarize that, it depends on what sort of impact it’s having on your life. The answer ranges from “Yes, most likely” to “absolutely.” For one reason or another, you’re better off not drinking every single day of your life, but there’s also a difference between someone who has a few sips with dinner compared to somebody who needs two beers just to get out of bed.

How to Stop Drinking:

You need to understand your drinking program in order to learn how to stop drinking. We’re here to walk with you so that you’re never alone. We hope our content will speak to you and help encourage you to take the next steps towards a life that isn’t dictated by alcohol.